"Despite everything, I believe that people are really good at heart."
Anne Frank

We hope you are enjoying your December, WeCAN friends. We have a few new events this week, so please take a moment and scroll through to the bottom of this Update.
In addition, WECAN reader Sheila Garrett would like to share with us her suggestions for a few cookbooks to get you in the spirit of activism:
Jerusalem by Yotam Ottolenghi and Sami Tamimi- Awesome recipes and dialogue about the food of all cultures in this troubled, amazing city.  Ottolenghi runs a high end restaurant in London and has written several other cookbooks. Two are vegetarian - Plenty and Plenty More.

"True compassion is more than flinging a coin to a beggar; it comes to see that an edifice which produces the beggars needs restructuring."
Dr. Martin Luther King, Jr.,
“Beyond Vietnam”, 1967

We hope you are staying warm during this snowstorm, WeCAN readers. Take a moment between shoveling sessions, if you can, to make a plan for Monday, January 21st: this year's Dr. Martin Luther King, Jr. National Day of Service. Make it a Day ON, Not a Day Off! There are many ways you can participate in the annual Martin Luther King, Jr. Day of Service. You can join a project already planned in your community; you can develop your own project with family, friends, and neighbors; or if you work for an organization that mobilizes volunteers, you can make King Day the day you train new volunteers to be deployed throughout the year.
You may be asking (or will be asked by others): What is Martin Luther King Jr. Day and Why is it a "Day of Service?"
Legislation signed in 1983 marked the birthday of the Rev. Dr. Martin Luther King, Jr. as a federal holiday. In 1994, Congress designated the Martin Luther King Jr. Federal Holiday as a national day of service and charged the Corporation for National and Community Service with leading this effort. Each year, on the third Monday in January, the MLK Day of Service is observed as a "day on, not a day off." MLK Day of Service is intended to empower individuals, strengthen communities, bridge barriers, create solutions to social problems, and move us closer to Dr. King's vision of a "Beloved Community." 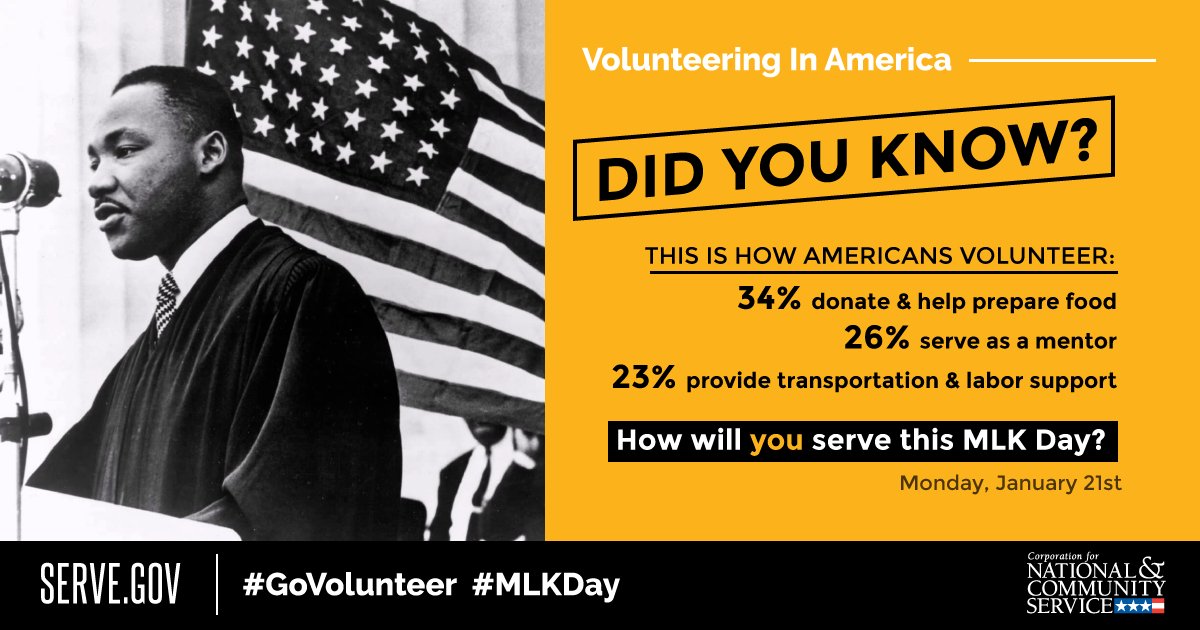 “The indictment of Roger Stone makes clear that there was a deliberate, coordinated attempt by top Trump campaign officials to influence the 2016 election and subvert the will of the American people. It is staggering that the President has chosen to surround himself with people who violated the integrity of our democracy and lied to the FBI and Congress about it.”
Speaker of the House Nancy Pelosi
via her Statement on Special Counsel Indictment and Arrest of Trump Campaign Advisor Roger Stone
Saturday, January 26th, 2019

Many of you, our awesome WeCAN readers, have asked us to post a list of ways one can help Federal Employees and Government Contract Workers during the shutdown (despite the Bill passed this week, government issued back pay still excludes more than a million contract workers who are predominately janitors, security guards, and food service workers and only extends a functioning government for 21 days)*.

Thank you for your activism and action on behalf of your neighbors and community. Every small amount donated matters

“I don’t think I have to go into a detailed appraisal here of the great artistic merit of Negro folk music or of its unquestionable significance for all of mankind….Even in capitalistic America, where there exists racial discrimination of revolting proportions, where many “cultured” whites refuse to recognize the Negro as a human being—even there our folk songs constitute, as strange as it may seem, an object of national pride for many Americans. These songs are striking in the noble beauty of their melodies, in the expressiveness and resourcefulness of their intonations, in the startling variety of their rhythms, in the sonority of their harmonies, and in the unusual distinctiveness and poetic nature of their forms.”
Paul Robeson (1949)
an African-American bass-baritone concert artist and stage and film actor who became famous both for his cultural accomplishments and for his political activism

Dear {{recipient.first_name_or_friend}} --
Happy February, WeCAN readers. In this month’s Weekly Email Update we will be taking a look at Black History in Windham County and throughout Vermont. If you have any information or websites you’d like to share with our community please feel free to email them to admin@wecantogether.net. We look forward to hearing from you.
The following excerpt comes from local historian Anne Dempsey’s five part series on Black History in Brattleboro, VT that ran in the Brattleboro Reformer in 1994:
Even before George Washington became the first President, African-Americans lived as free people in Vermont, where slavery was prohibited in the state's 1777 Constitution; in 1786 Benjamin Wheaton bought land in Brattleboro and was the first African-American man to do so.
From 1786 to 1806 Wheaton's town taxes helped care for the poor, pay the minister's salary, and build roads, bridges, and schoolhouses. In 1791 he took the Freeman's Oath, Vermont's prerequisite for voting. He was a literate man, owning a number of books, a brass inkstand, and a share in the Brattleboro Library.
In 1803 he purchased a pew in the town's meeting house which, at that time, stood across the street from the First Congregational Church. Wheaton's profession is not known, though he owned many tools commonly used in furniture-making. Whatever his trade, Wheaton felt secure enough to purchase land adjoining his property early in 1806.
In March of the same year the agenda at the annual town meeting included this item: "to see if the town will consent that a pest-house shall be opened and adopt some other measure to prevent the spreading of small pox which has made its appearance in this town."
Benjamin Wheaton died later that same month (March 1806). Some of his outstanding bills at the time of his death were for services rendered during his "last sickness." It can be assumed that Wheaton contracted and died from smallpox.
Wheaton had no heirs. Consequently, the town purchased his land from his estate for $51. This money paid Wheaton's doctor bills, his tab at the general store, and the balance of notes and interest on his property.
A notation on the land deed reads: "to be used by the town of Brattleboro forever as a road, common, or green and for no other purpose." This land today is known as the West Brattleboro Common, a triangular green that borders Western Avenue in West Brattleboro.
Brattleboro Reformer, February 7, 1994. 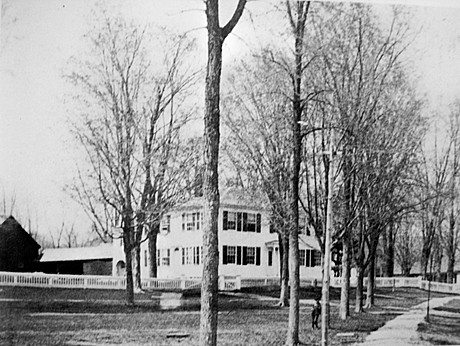 Note: There are many new additions to the email this week. Please take a few moments to scroll through to the end and find a new meeting or event to attend!