“When people are protesting and crying out, and mourning in the streets, what they’re literally saying is, “We still love this country enough to believe change is possible.”
-Rev. Dr. William Barber II (b.1963)
American Protestant minister and political activist. He is a member of the national board of the National Association for the Advancement of Colored People and the chair of its Legislative Political Action Committee.

May this email find you well, WeCAN friends. There are a few new entries, so please take a moment to scroll down to the bottom to see what is happening in and around Windham County this week. Remember, too, to send in your own events, Zoom meetings, activist tool kits, group updates, and community asks to admin@wecantogether.net by Friday night at 10pm!

“Even the statement, “Let’s invite more Black people to the table,” implies ownership of the table and control of who is invited. Racism is about power.”
Bernice A. King (b.1963)
American minister and the youngest child of civil rights leaders Martin Luther King Jr. and Coretta Scott King

There are quite a few submissions this week, WeCANners, and we are so thankful for the effort each and every one of you continues to put forth into our community. From protests and counter protests to feeding our neighbors during this pandemic to taking a good look at our own inherent racial biases, Windham County residents are demanding progress and we are excited to witness it! Thank you!
As an added bonus this weekend, we’d like to share with you some thought provoking music to enjoy while you peruse this week's Weekly Email Update. Afro-Caribbean-Canadian singer and songwriter Kaia Kater, who studied Appalachian music at West Virginia's Davis & Elkins College, often references the Black Lives Matter movement within a music form that doesn't exactly snap to mind as being in dialogue with modern issues.
These days, Kaia Kater records for Smithsonian Folkways and some of the songs she brought to this Tiny Desk Concert come from her recent recording Grenades, a record she worked on while exploring her father's home country of Grenada. It's a country that has "experienced a lot of political turmoil," she says. "My father left when he was 16 years old and he came to Canada as a refugee, on his own. It's a story I ran away from for a long time, where I didn't want to reconcile with myself being this kind of hyphenated Canadian." Kaia Kater tries to come to terms with that history on the last song at the Tiny Desk, also the title track of Grenades. "Rain heavy like carpet bombs, sweetgrass, and lemonade / Fold the memory into your arms and whisper it away." The imagery is stunning, her Tiny Desk Concert sublime. (From NPR Music Mar 20, 2019) Enjoy!
(Click the image for NPR's Tiny Desk Concert featuring Kaia Kater. Many thanks to Lissa Schneckenburger for the recommendation on Facebook) 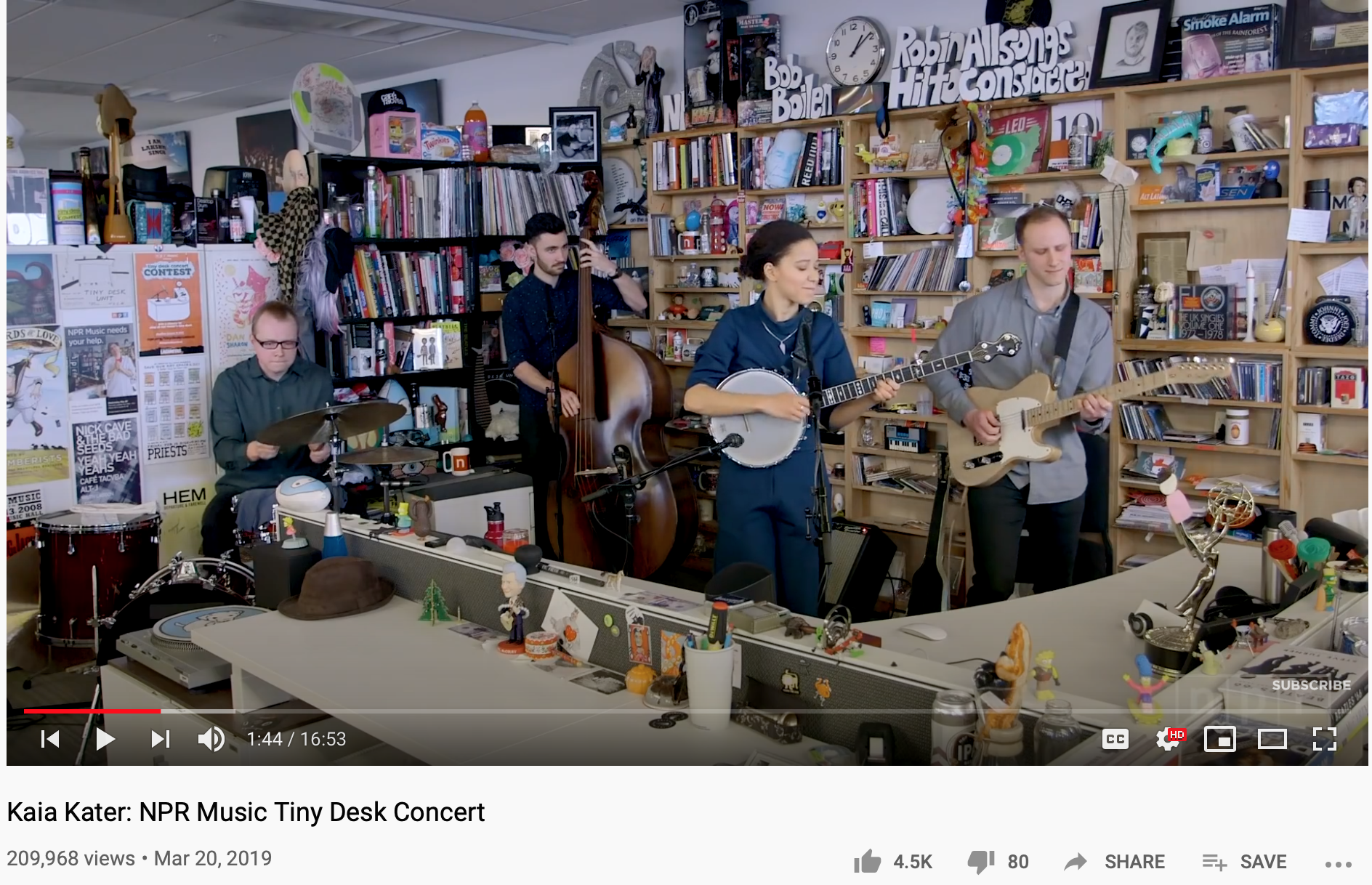 We are attempting to go back to a weekly emailing schedule, WeCAN Family, and we are excited to share this week's email and all the ways you can get involved in the struggle for Justice and Equality in America right now. One fantastic way you can stay involved and support your local economy from wherever you are is by stopping by your favorite local bookstore (in the flesh or online) and purchasing a few new books that will fuel your activism this Summer and get you thinking about how we can make this world a little bit better. Brattleboro's favorite activist bookstore, Everyone's Books, has a monthly suggestion list for activists and this month's is nothing short of inspiring. Take a look and grab 2 or 3 for those lazy hammock or river days: https://www.everyonesbks.com/social-justice-june-2020-edition
In addition, after three years of emails and activism, a proper logo was created for our fantastic group. The new logo is simple and streamlined and we can't wait to share it with you. Ta Da! 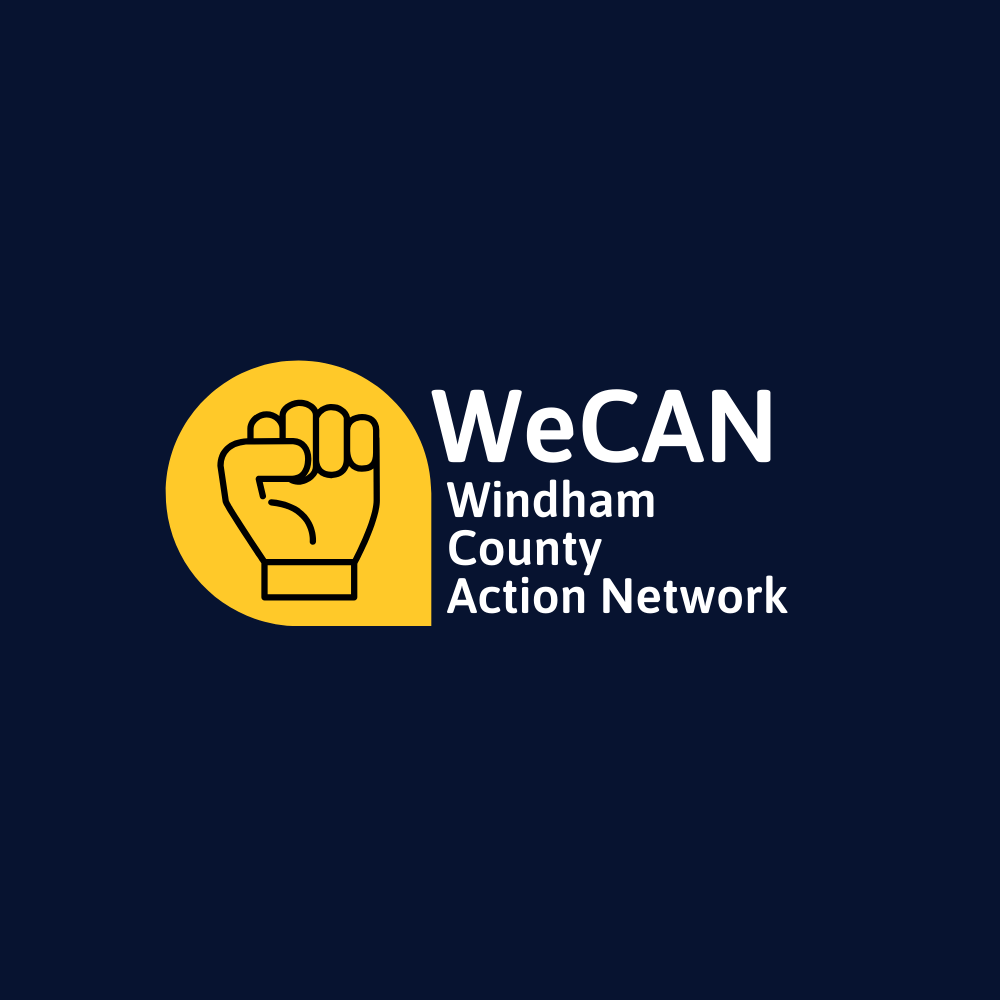 Lastly, another you way you can stay involved from home is by following our brand new Instagram account at www.instagram.com/windhamcountyactionnetwork and share Justice events, accounts, videos, and images with your followers. You can send your events via DM as well, by 10pm on Friday nights, for inclusion in that week's Weekly Email Update. We can't wait to see what you share with us on social media. 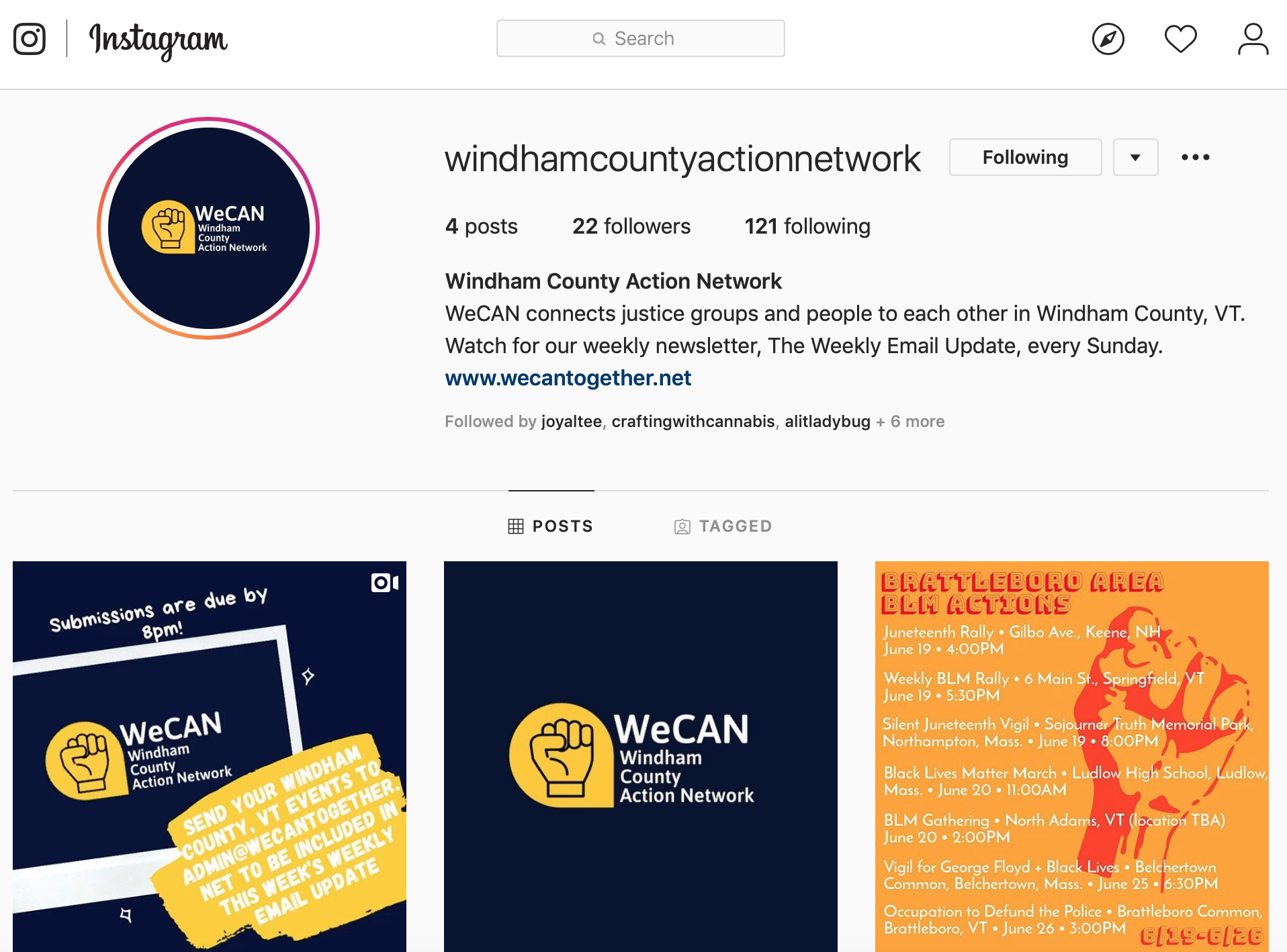 “It’s time. This moment is our time for folks…—not just Black folks— to show up and confront the violent and brutal reality of law enforcement across the United States of America. I promise, the moment you listen to Black organizers you will be freed.”
Patrisse Cullors
Black Lives Matter organizer and activist

In observance of Juneteenth this week, a holiday that commemorates the emancipation of African slaves in America, the Movement for Black Lives (M4BL) is organizing a weekend (6/19-6/21) of action to demand divestment from police departments and investment in black communities. “This Juneteenth is a rare moment for our communities to proclaim in one voice that Black Lives Matter, and that we won’t tolerate anything less than justice for all our people,” said the organization in a press release.
Titled SixNineteen, the Juneteenth weekend of action includes several digital actions and marches around the country to push three causes: defunding the police, investing in black communities, and the resignation of donald trump. Although details about the actions have not been provided, the group said June 19th will be dedicated to celebrating black beauty and resilience, while marches will be organized for June 20th, and the focus for June 21st will be to get trump out of office. “Electoral justice and political power are often pitted against activism and protest, but in our movement they are deeply connected and a requirement for one and the other to coexist", said Jessica Byrd, an organizer with the Movement For Black Lives Electoral Justice Project, in a statement.
“For the last six years we have collectively taken a national course in police violence, and we now know some solutions that have been offered, have not borne fruit in terms of reducing or eliminating police violence, said Mervyn Marcano, the co-founder of Blackbird. “We believe this weekend of action will continue to lift people’s spirits at the same time that they are fighting for justice in the streets.”
For more information on Juneteenth, check out this video clip from an episode of black.ish in 2017. In it, an animated version of The Roots gives viewers a Schoolhouse Rock-inspired primer on the real history of slavery and the origin of the holiday. FACT: It took three years after the signing of the Emancipation Proclamation for slaves to be freed. FACT: Texas landowners forced slaves to work through another harvest season after then Civil War ended. It wasn’t until June 19, 1865, to be exact, that slaves were officially freed, leading to the celebration of “Juneteenth” as the official end of slavery. On the track that follows, Black Thought sings, “I am a slave, yes I’m only a slave / They’ll place my body in an unmarked grave.” 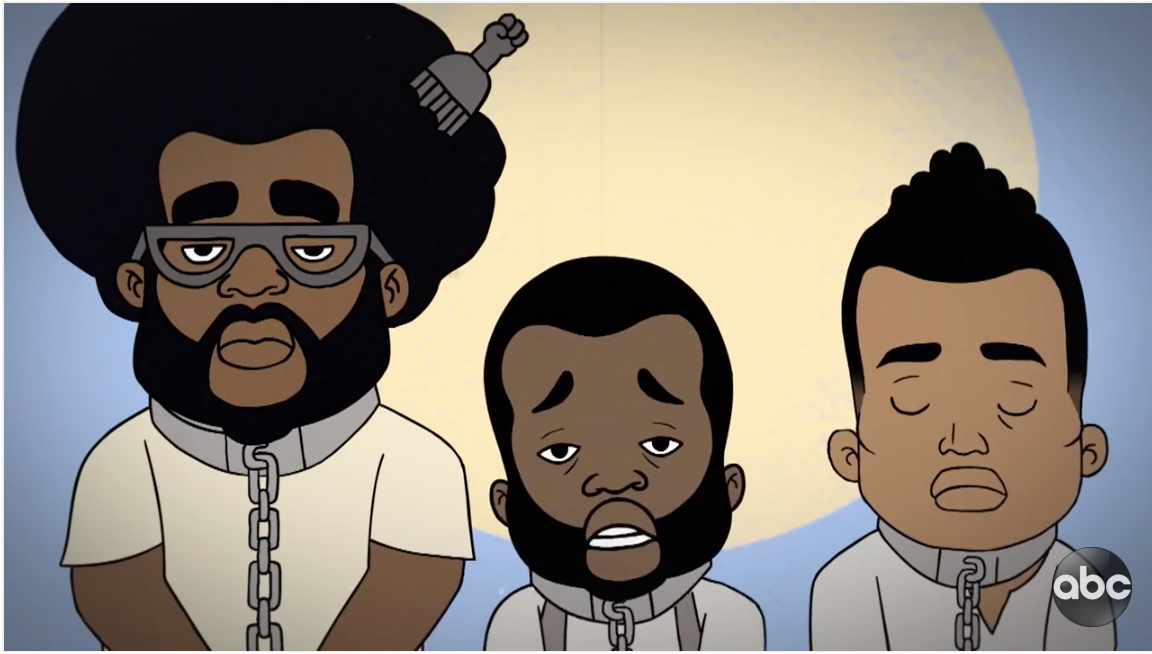